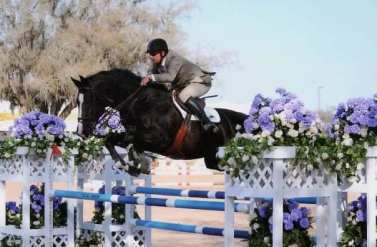 Richard is a 17 hand Dutch warmblood stallion that has had a very successful show jumping career. He was shown under the names Ravanelli and Decadent overseas in France prior to being imported to the United States. We had the opportunity to meet this amazing stallion in person and was duly impressed with his sweet disposition. Richard has produced numerous winners in hunters, show jumping and eventing. Richard is owned by Seafire Sporthorses of Florida. Sadly Richard passed away in May of 2019. For more information regarding this phenomenal stallion and his offspring please see his Facebook page at Richard – KWPN Stallion.

Dagger is a Russian/Lativian stallion approved with the American Warmblood Society and Sport horse Registry and is a grandson of the late Groms. This regal stallion stands a solid 17 hands and passes on his height and athletic ability to his offspring.  He has sired numerous winners in the Hunter Ring as well as over fences. He is owned by Aristos Farms of Virginia. 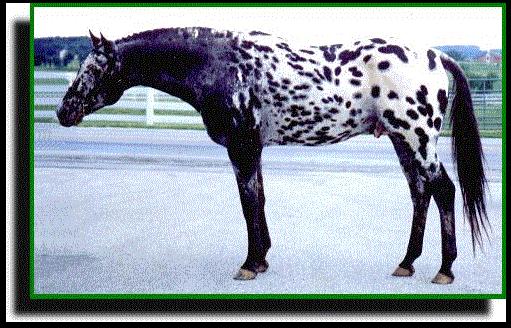 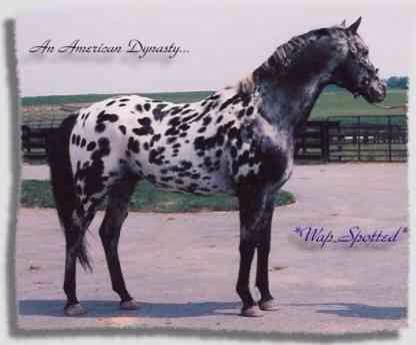 1987 black and white 15.3 hand stallion by Wap’s Spot 2 and out of Shalako Summer.  Registered in ApHC, American Warmblood Society and the American Warmblood Registry. Medallion sire in the ApHC and the sire of winners in both the ApHC and AHSA as well as Dressage at Devon winners NF Theodore and Wapsicle. His progeny have been imported to multiple countries and is considered one of the most influential sporthorse sires in the last several decades and has a Breyer model done in his honor. 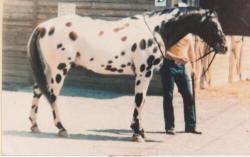 1972 dun 16 hand stallion (Acorns Thistle Britches x Wapitis Dido Silver by Wapiti) and  the founding sire of the Wap line of appaloosa sport horses as well as the top producing Appaloosa sport horse of all time. He is 86% color producer. World and National champion sire as well as ApHC and USDF Medallion sire. Wap’s Spot 2 has sired hundreds of winners in USEF, USDF, AHSA and ApHC competitions. Wap’s Spot 2 was line bred to Wapiti. 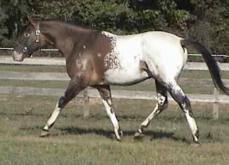 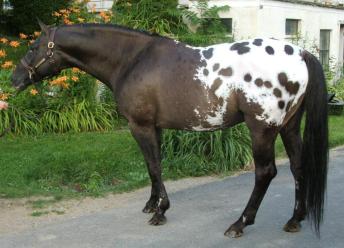